Solving the Pain of PDF Pricing

What do you think a PDF pattern is worth, on average?

Or is that even a fair question since there are so many variables?

Do we need to consider what sort of pattern it might be, as in, is it a toy? A pillow? An item of clothing? (Which in turn poses the question of, is it a skirt, a jumpsuit, a jacket, a coat, etc.?)

Even if it's a bag or purse pattern, there are so many different variants and complexities involved with their construction that surely, pricing must factor into it.

Is there an actual price point at which you would say, no, that's too much, or does it really depend on the pattern?

Perhaps if the pattern is for a truly unique item that surely everyone and his sister will want to make, price may not matter so much and the creator can let the basic economics of demand take over. But such a pattern probably doesn't come around that often. Therefore, if a pattern is something more or less average, how does one determine its price?

There's probably no real answer to that question, perhaps just some guiding principles based on the realities of being a buyer or a seller.


I have no experience or interest in buying PDF clothing patterns so will not get into that side of things. (Perhaps those of you who do can provide your thoughts at the end of this post.) For the "accessories" kind of projects that I've been making, the buyer side of me thinks that anything priced above $10 is excessive.

And because most patterns are priced in USD, even the $10 price point becomes excessive when currency exchange is taken into account. Those of you who live in the US usually don't realize (or care) how much your dollar has risen in comparison to other countries' currencies over the past two years. Be assured, however, that the difference does give the rest of us serious pause. (Mind you, the majority of the PDF pattern buying public may well reside in the US, so concern over currency exchange might be a moot point for most pattern sellers.)

As a pattern seller, I grapple with pricing conundrums. Once you sell something, you are technically "in business" and the uppermost goal of being in business is to maximize profits. That's where it gets iffy for me personally, because I do not consider this blog, my patterns, etc., to be a business in that traditional sense. Maximizing profits is not one of my goals. (And I know there are those who would accuse me of being bonkers for saying that.)

So I sometimes struggle with setting a price because I want the patterns that I choose to sell (as opposed to those I give up as freebies) to have a value that reflects the relative complexity of the item. The problem is, how do I determine that?


The Mother's Day gift that keeps on giving all year!

[affiliate link]
For instance, do you know how many "zippered pouch" patterns there are on Craftsy? (I don't know... lots and lots and lots.) Many of them are free and I can attest to the fact that there are many, many more free tutorials for zippered pouches that are not on Craftsy. Suffice to say, if you want to make a zippered pouch, you can do so quite nicely without spending a penny. (Want a good one? The Triple Zip Pouch is a keeper!) And yet I see PDFs for basic zippered pouches — i.e., not any of those embellished, multi-pocketed things — selling for $8 and more!

In what world is a simple zippered pouch pattern worth $8? (I know, I know: in a free enterprise world... and I'm not forced to buy it, so I'll just shut up about that.)

When I released my first pattern, I actually posted a condensed free version of it also. Why? As a new and unproven seller, I wanted to reassure the buyer that she would get a quality product. Then I priced the pattern at $2.49. In some places, that's less than the price of a good cup of coffee.

I initially wanted to give away one of my patterns because it was so obviously derivative of an existing design. In an email conversation with a fellow pattern designer, I was told that there are people trying to make a living selling PDF patterns and that my plan to give away a pattern so similar would jeopardize their ability to make a living.

For instance, this "PDF sewing pattern" market (that I am truly grateful to be a part of, by the way) is never going to eliminate the freebies. For every PDF being sold to make item ABC, there is likely a freebie tutorial or pattern to make something very similar.

For this reason, I've priced my PDFs with the idea that well, I've taken the time to improve and add real value to the instructions, so I will happily sell the pattern for "real money". For the reason that the patterns may not be one-of-a-kind, however, I've tried to keep the price in line with "comparables".

[affiliate link]
All of this lengthy discussion has been a lead-up to my current plan for really radical PDF pricing: PWYW, meaning pay what you want. I'm sure I'm not the first one to try this "restaurant style" promotion in the PDF arena, but it's probably not a common marketing technique.

The thing is, my current project is hardly one of a kind. But it was something that I wanted to create (and put my own spin on), so now that it's finished, I do think it's worth something as a sellable pattern. That said, I've gotten nowhere in terms of deciding what to set as a price.

So why not try something different?


The Bundled Up Bindle Bag is my next pattern release. At its most basic level, it's a circular drawstring bag. But I've done a few things to the inside of the bag to make it different, so it has added value in that sense.


Craftsy only has two options for sales, free and paid, so I am going to have to list this as a free pattern. But the description (and the photos, as you can see) will include the idea behind this PWYW pricing and I'll see how people respond. A wide range of possibilities exist: people may be reluctant to download the pattern at all, people may download and never pay anything, people may end up paying a very similar amount... who knows? (At the very least, people can treat this like the "tip jar" idea that I previously talked about regarding Creativelive and its freebie courses.)

I'm willing to try it out. And of course, I'm not obligated to keep the promotion running forever, so at some point in time I may slap a conventional price on it and be finished with this particular social experiment.

What do you think?

THIS WEEK IN HISTORY

Your basic souvenir t-shirt... How many of us have "tube" style (i.e., no side seam) t-shirts that we don't wear because th... 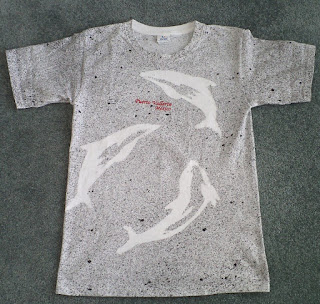 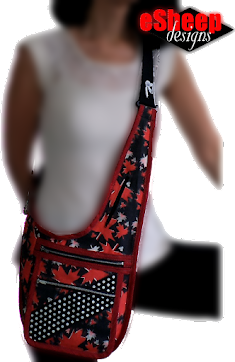 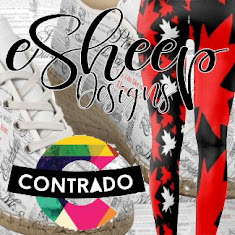 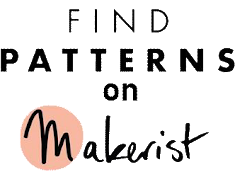 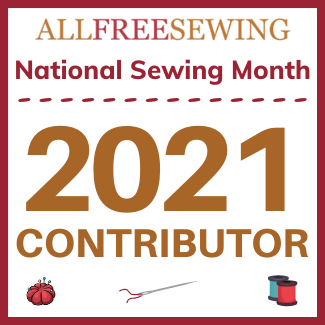