The Cold Hard Truth About Commenting

If you could — with just a few minutes of your time and no money at all — make someone happy, would you do so?

In theory, I believe that the vast majority of us would. In practice, only about ten percent do... at least in the particular circumstance that I'm talking about.

And of course, you already know what I am talking about: commenting on someone's blog. Apparently, studies have shown that this practice follows the unfortunate 90-9-1 rule.

There are at least a couple of interpretations of this rule, but in a nutshell, if you have a blog, 90% of your visitors will never leave a comment. Call them career lurkers. One or two of them may unlurk at some point, but for the most part, you are never going to hear from a whopping nine out of ten of your readers.


And the other "one"? Depending on which interpretation of the 90-9-1 rule you go with, it may be that nine times out of ten, you'll get the occasional comment. That last one time out of ten — essentially representing that special one out of one hundred visitors — you can expect will engage with you with some regularity.

Which begs the question: if I don't have a hundred readers, will I ever get regular comments?

It would be funny if it wasn't mostly discouraging, right?

Let's put it this way, this blog barely has a hundred regular readers. So I know from one week to the next that chances are high about the number of comments being low. It's just a reality that I accept. (I've also come to accept that I'm no good at predicting what type of post might elicit more of a response — since even wildly popular posts see almost no activity in that respect — so I don't bother trying to "gear" my blog posts towards getting more comments.) And while I've been very fortunate to have a tiny number of regular readers — thank you, thank you; you know who you are; please know that you fill me with gratitude by your interest — I also know that they can't be expected to comment on every post... let alone read every post for that matter.

[By the way, being "big" or well known does not automatically guarantee you more more comments. Why else would AllFreeSewing be willing to pay people to leave comments across their family of sites?]

Before I started this blog, I commented maybe three times in total. Like many of you lurkers, I didn't want to leave a breadcrumb trail of my opinions all over the web... for various reasons. Let's just say that my thoughts ran very much differently when I found myself on the other side of the fence as a blogger, wondering about the absence of comments.

But I'm not here to berate you for your silence. I get it. I've been there. If I hadn't been inspired to start blogging, I could still be there... silent as a mouse (the rodent kind, not the computer kind).

Having read about the subject of commenting, I also understand that potential commenters — especially first timers — have their own bouts of insecurity when it comes to composing a comment. They want to make a difference and say something that is not "same old, same old" as what's already been said.

I don't mind admitting that if there are five other comments already saying the same thing, I'm not going to jump into the fray just to say "me too, me too!" I'm not that kind of person in real life and my online persona doesn't go there either. It's hard to be genuine under those circumstances.

That's why I like commenting on posts where there aren't a lot of other "speakers". Or, I like to be the early bird who gets to say what everyone else is going to say. ;-)


Start your FREE TRIAL at Creativebug!

[affiliate link]
Still, there are times when I have to leave a comment, regardless of who's been there already or what their thoughts are. If a blog has helped me in some way that I've put into practice, I like to thank the blogger. In this case, it's doesn't matter if there are two hundred previous comments; it's a principle. When people help you, you thank them. (That's not just blogging, by the way, that's life.)

The ironic thing is, despite the desire for comments, bloggers sometimes shoot themselves in the foot over the whole process of inviting comments. Let me change hats now and suggest a few things from the point of view of a potential commenter.

These conditions will pop the balloon of a lot of people's enthusiasm. Er... I have to do all that first? Fuhgettaboutit! Or...what? I just wrote this fantastic comment and I can't even see it?? (Or I come back five days later and I still can't see it?? Yes, this has happened to me!)

I know why you've created these hoops and hurdles. You've been spammed. But unless you're being spammed big time, 24/7, lose the barriers if you want people to leave comments. I've had my share of spam, most recently from the same silly individuals who leave "templated" comments with an advertising link at the end. When they're posted, I just flag them as such and they disappear.

#2: Allow me to remain anonymous.

There are always going to be those who hesitate to start that breadcrumb trail. Let them stay under cover. On Blogger, you can stipulate whether or not to allow anonymous comments:

There is no problem with allowing anonymous comments. If they end up being spam, you can remove them. By allowing them, you are effectively taking away that last hurdle. (Are you still reading, all you quiet folks out there? You can leave me an anonymous comment, add a virtual ton of radiant sunshine to my day, and no one in the universe will ever know who you are!)

I've had this discussion before and I believe that universally, people want to be acknowledged when they take the time to leave a comment. (Yes, even if it's slightly negative... how bloggers handle constructive criticism "in public" is a good indicator of the character behind the digital persona.) For small bloggers not to respond to someone saying good things about what they've created is inexcusable.

I once left a comment on a blog where my comment was the only one. (And no, it wasn't just a simple statement of "Nice whatdyacallit!") No response. In another case, I added my thoughts to about six others. Nothing. In both of these cases, it was a first time interaction on my part. Beyond a few times of checking back to see if I had been responded to, I have not returned to either blog. Even if I do return in future, I am never going to leave another comment. (Remember when I compared myself to Mr. Darcy? Sometimes it really is that simple.)

Oh, and I don't imagine that those two bloggers were being overwhelmed by the amount of comments they were receiving. I've left comments on blogs where I can tell "it's a busy place" and I don't expect those bloggers to acknowledge me. (Even though they often still do... obviously, they know the value of their readers' interactions.)

Do you want more than a "one off" comment from someone? Well, then — show some interest. If you receive several sentences of effusive praise or extended discussion about your post, it might be somewhat deflating for the commenter to get a mere "thank you" in response. It's like reaching out to someone who doesn't return the effort.

Don't have time? A well thought-out reply that comes two days later will build more solid relationships with your commenters than a quick acknowledgement that's unabashedly shallow. There's a reason the saying "quick and dirty" exists in our language.

That said, if someone leaves a three word comment, it's perfectly all right just to say "thanks".

#5: And when you do respond, email me if possible.

Of course, this is impossible if I've commented anonymously or if I happen to be one of those "no reply" people, but if you have access to my email address, do me the favour of forwarding me your response.

It took me awhile to learn and implement this myself, but it really does help a great deal if after I comment "somewhere", I don't have to go back to that "somewhere" to check on the acknowledgement. This is especially key when a person is making a first visit. (I've often lost track of where I've been and may not come back to see the response.)

Bloggers sometimes want to make public their responses and that's all good (and definitely recommended if someone has asked a pertinent question that others would like to know the answer to), but cc the commenter by email for his or her convenience.

So that's it... my rather long post about comments and why many of us don't get enough of them.

Do you have any comments to make about this?? If you've never commented before, did you gain some perspective?

Email ThisBlogThis!Share to TwitterShare to FacebookShare to Pinterest
Labels: blogging 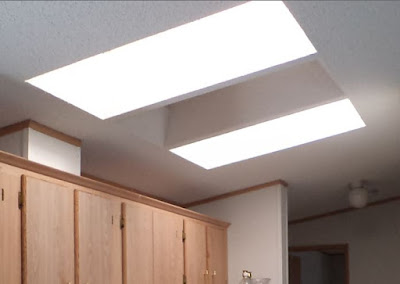