How to Maximize the Value of Your Craftsy Unlimited Experience

Last weekend, Craftsy opened up its virtual doors to free access for everyone. If you were meaning to join in, but weren't able to fit it into your schedule, let me give you some pointers about how you can maximize the value of your browsing time.

How you approach this "all you can craft" buffet will depend on your interests and level of experience (not to mention, the amount of time you have available). For example, if you're a relative newbie at a few crafts — and remember, Craftsy has courses running from baking to woodworking — you should plan your visit by making a list of classes that you want to see and prioritize them according to your schedule.

From my position as an experienced sewer (with no interest in sewing clothing, which greatly reduced the number of sewing classes that caught my eye), I discovered that I neither wanted nor needed to see as much as I originally thought.

What I mostly did was jump in, fast forward past the introduction, stay long enough to get the "flavour", and then download the class materials if I was interested. (I almost hate to say this, but if you have a certain level of experience, just grabbing the class materials will enable you to get 90% of the benefits of a class. As I've recommended to folks who have purchased classes on Craftsy to save them for later viewing, download the materials sooner rather than later.)

After this initial "nibbling", I came back to the classes that most interested me and watched them reasonably thoroughly; I ended up completing three, with definite plans to "make something" based on what I'd seen. Considering that Craftsy has over 1,300 classes, that was a pretty good winnowing down of my needs, don't you think?

But that's what's important to keep in mind: don't let the size of the buffet distract you or scare you off. Just as with a food buffet, go directly to what you like the most, first. There's bound to be content that you don't need to take in at all.

And speaking of food, the last thing I wanted to watch was a cooking class (given the number of food shows on TV), but I went in and grabbed some materials — i.e., recipes — from the Low & Slow BBQ at Home, Cinnamon Rolls: Classic to Contemporary, Coffee Shop Cakes: Good to the Last Crumb, Mexican Comfort Food: Enchiladas, Tamales & Rellenos, and Mexican Street Food: The Basics classes. I know my way around the kitchen enough to follow a recipe and those specific ones were intriguing enough for me to want to keep for future reference.

That's right: this buffet lets you take stuff home with you!

PICK UP YOUR PERKS

As a member of Craftsy Unlimited, you're entitled to monthly perks in the way of new content that is supposedly not available to non-members.


The graphic at the top of this post is a shot of the landing screen of Craftsy Unlimited. The white menu bar provides a link to new PATTERNS. Here's what I found when I was there last weekend.


This is a set of free sewing patterns. I downloaded the last one, which is a reversible bag pattern called Livia by RLR Creations. The second one is obviously an apron. The first one is hard to see; it's a wristlet pattern.

I know what you're thinking. There's nothing earth-shatteringly new or unique about those patterns, and my assumption is that there never will be. However, they're a free component of the Unlimited membership and perhaps reason enough for some folks to continue from month to month.

Not to be outdone, here's a set of free quilting patterns.


And here is a set of free knitting patterns.


Last but not least, here is a set of free crochet patterns.


I found that I could download the January patterns as well as the current month's patterns. I don't know if accessibility to past free content will continue to be the case for memberships going forward.

Finally — just as a regular food buffet presents a great opportunity to try out new foods — after you've taken care of your priorities, use your Craftsy Unlimited trial to sample some of the other offerings. 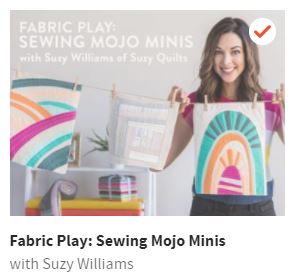 One of the classes that I watched through from beginning to end was this one. It's called Fabric Play: Sewing Mojo Minis with the truly effervescent Suzy Williams.

Coming into the free weekend of Craftsy Unlimited , it was not a class that I would ever have guessed would catch my attention (not being a quilter), but catch my attention it did. The title may have been the kicker, as a couple of weeks back, I had been in a creative funk. This class (which I will likely be back to discuss in greater detail at some point) was extremely helpful in amping up my creative energy.

It's a perfect example of something that I had no previous inclination of sampling, that arguably had the biggest impact on me after the freebie weekend at Craftsy.

Maybe there's a similar surprise waiting for you. 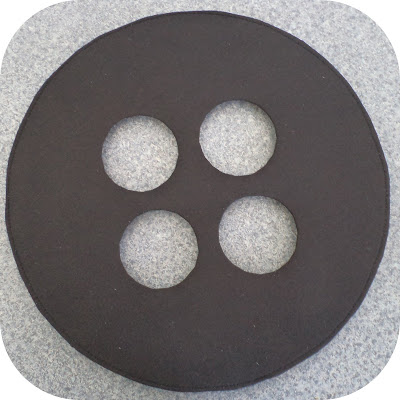